The animals went in two by two, hurrah, hurrah!

Here’s a great way to make the C major scale more interesting and produce a fun new melody at the same time. We’re working our way up and down the scale using pairs of notes; we call these couplets.

First of all let’s play through the exercise slowly, just to familiarise ourselves with its structure. Remember to keep your lips on the harmonica and use slide skills wherever possible. Try not to stop between notes, but keep breathing and let the harmonica chop up your breath to produce the notes. Hold your harmonica with both hands.

Adding interest
Now that we’re used to the structure of the exercise, we can create challenges for ourselves. First, let’s play the whole piece legato. This means gently and flowing. To achieve this, we should breathe from our diaphragm and our playing should be smooth. In standard notation, we might see slurs indicating that notes should be merged, rather than played one at a time. Here’s the first line of the exercise with slurs. Practise playing through both lines, breathing from your diaphragm and using strong breath control. Remember to keep your lips on the harmonica at all times.

Next we can change to staccato. These are short ‘tip-toe’ steps. Once again breath control is important. It will be tempting to ‘peck’ the harmonica as we play, but try to keep your lips on the harmonica at all times and use short pulses of breath to create the staccato effect. Think ahead too – remember there’s pull-push couplet at the end. Here’s the second line with dotted notes. We’d see this in standard notation when staccato playing is required. Play through both lines as dotted notes.

Getting harder
Our next task is to think about dynamics. Let’s play through using light and shade. We won’t worry about legato or staccato anymore, instead we’ll introduce dynamics. Add emphasis to the first note of each pair by playing forte (loudly with force), and lighten the second note by playing piano (quietly with lightness).

Our last job is to turn the exercise into a short melody. We’re going to introduce a skip to the entire piece by lengthening the first note and shortening the second note. If we play this brightly and playfully – scherzando – it takes on the character of an Irish Jig.

And just for the trill of it all 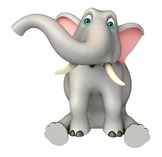 Finally, let’s consider other ways we can use pairs of notes. In KS1 we learn to play double-stops on the 4 hole harmonica. This is when we use two neighbouring notes at the same time to create harmony and texture. A good example is the basic breathing pattern we use for Wimoweh (The Lion Sleeps Tonight). It’s the first step towards playing chords. 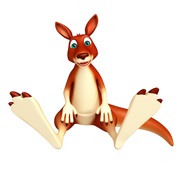 A trill can be played between any two neighbouring blow or draw holes. Remember to start slowly and make sure your breath is distributed evenly into both holes. Eventually you should try to start and finish on the lower note. While trilling, focus on the divider between the two holes, rather than the holes themselves. Nudge the divider back and forth to chop your breath up and deliver the two notes.

You can move your head or your hands to play a trill, it doesn’t matter which, as long as the result is controlled. Once you can play a trill accurately (without wandering beyond your two target holes), try speeding up and slowing down again. And remember to hold the harmonica with both hands. No toothbrush effects!