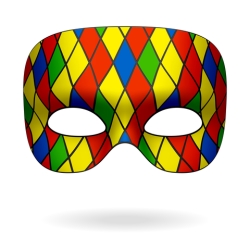 It’s time to learn some fun jazz on the harmonica and here’s a song everybody will recognise. It’s called When The Saints Go Marching In and it’s from New Orleans, The song has a long name, so we’ll call it The Saints for short.

The Saints started life as an American gospel hymn and it was sung quite slowly. But once the Jazz Bands of New Orleans got hold of it, they soon gave it some swing! 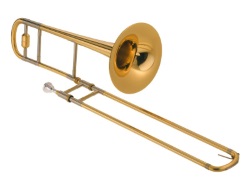 Purple music is for four hole harmonicas. Orange music is for ten hole harmonicas. The number tells you which hole to play. D is draw (breathe in). B is blow (breathe out) and we’re using a C major harmonica. Start slowly, memorise each phrase and gradually put it all together. You can click the orange square on the right to download and print our helpful arrow tab. 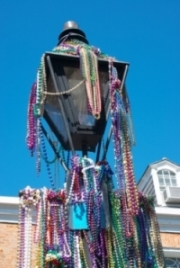 Come on, take me to the Mardi Gras
The biggest celebration of the year in New Orleans is Mardi Gras. In the UK this is Shrove Tuesday, or Pancake Day. In other countries, it’s called Carnival or Fasching.

This was the time of Lent when people would fast before Easter, turning their thoughts to the forty days and forty nights Jesus Christ spent in the wilderness. Which is also where the term quarantine comes from. Today mortals try to forego something for Lent, like chocolate, wine or coffee. Which is a great reason to go crazy again when Lent is over and the Easter Bunny comes to call. You will find some great Springtime and Easter songs in our Music Libraries, including our very own Eat Chocolate song.

From the opening clip above, we can hear a lot of improvisation going on; this is the nature of Dixieland Jazz. Once you can play the standard phrases from our tabs, it’s time to start loosening up to the groove and swinging the notes around. Have yourself a musical adventure!

In the meantime, grab some friends and make like a New Orleans Jazz Band. You could even try marching together in your own Carnival parade. Our practise track is at the foot of the page.